ESAR is the primary ground search and rescue resource in King County and the largest of nine member-units in the King County Search & Rescue Association. We are a volunteer organization operating under the purview of the King County Sheriff's Office and Washington State Department of Emergency Management. Our membership is comprised of outdoor enthusiasts with a passion for helping those in need.

King County contains some of the most varied terrain in the country. Our operations can take place just a few feet above sea level on the streets of Seattle, on the 8000 foot peaks of the remote Alpine Lakes Wilderness area, and everywhere in between.

ESAR specializes in wilderness search and rescue. All members are highly trained in wilderness navigation, survival skills, search method theory, and First Aid. The vast majority of our operations include searching for lost or injured hikers and climbers, stabilizing injuries, and evacuating them to the next level of care. Most operations are completed within a few hours of the 911 call, however depending on the circumstances of each mission they can span multiple days or even weeks.

ESAR maintains a technical rescue team of members who have completed additional, advanced training in steep and high-angle rope rescue, helicopter procedures and safety, snow travel, and avalanche rescue. These operations typically involve accessing injured or "cliffed out" climbers in technical terrain, stabilizing injuries, and safely extricating them to a safe location where ground teams can complete the evacuation, or a helicopter can complete a hoist.

In addition to wilderness search and rescue, ESAR sometimes conducts searches in urban environments to look for missing at-risk individuals such as dementia patients, young children, and those with developmental disabilities; people who are not readily capable of finding their way back. These operations typically involve searching large, urban or residential areas, and green spaces. Sometimes these searches involve going door-to-door and searching inside local businesses.

ESAR also assists the King County Sheriff's Office and other local law enforcement agencies by conducting evidence searches, particularly in large outdoor spaces. Often these searches are for weapons or other evidence related to recent incidents. Sometimes evidence searches also take us to suspected locations of decades-old cold cases to search for bones, weapons, or other artifacts that may help bring closure.

Each Saturday and Sunday during the peak hiking/climbing season, May to September, the King County Search & Rescue Association (KCSARA) fields a 5-person team and unit vehicle to be on-call for the day. If a search and rescue mission occurs RAD is typically first to respond and deploys as the "hasty team" to initiate a search or get on scene with an injured subject to provide care and direct additional resources. RAD is open to members of any KCSARA unit and is frequently staffed by ESAR members.

King County Explorer Search & Rescue was founded in 1954 as one of the first organized search and rescue teams in the country, and the first to accept youth members. The "Explorer" in Explorer Search & Rescue comes from ESAR's affiliation with the Boy Scouts of America Learning for Life program. King County ESAR still maintains a Post with the Boy Scouts of America but it is not as directly associated with Scouting as it once was. Today it is the largest of eight member-units of the King County Search & Rescue Association (KCSARA) and accepts both adult and youth members.

In 1954 Explorer leaders were looking for ways to keep older youth involved in Scouting, community service, and outdoor safety. One such leader, Don Wislon, and several Seattle Mountain Rescue members with Scouting backgrounds, Bill Pitts, Max Eckenburg, and Ome Diaber, helped lay the groundwork for what would become the first Explorer Search & Rescue organization in the country. In the early years, Scouting's rules did not allow for women in the program. In 1969 a commissary unit was created to support missions. Later, in 1972, the opportunity for full and equal field status and membership was extended to everyone.

ESAR's first request for service came in June 1956 from the Seattle Police. The following year, the unit's first wilderness search was successfully conducted for a lost Boy Scout in Mount Rainier National Park. Throughout the 50's and 60's ESAR had approximately 10 missions per year. That number gradually rose to 30 to 40 by the early 1990's.

Today, ESAR responds to over 150 missions per year and it is not uncommon, particularly in the peak season, late spring and early summer, for the unit to respond to 3 or more calls in a single day; sometimes on the same trail. In 2017 ESAR's volunteers logged over 21,000 person-hours, with as many as 2,900 hours on a single search. 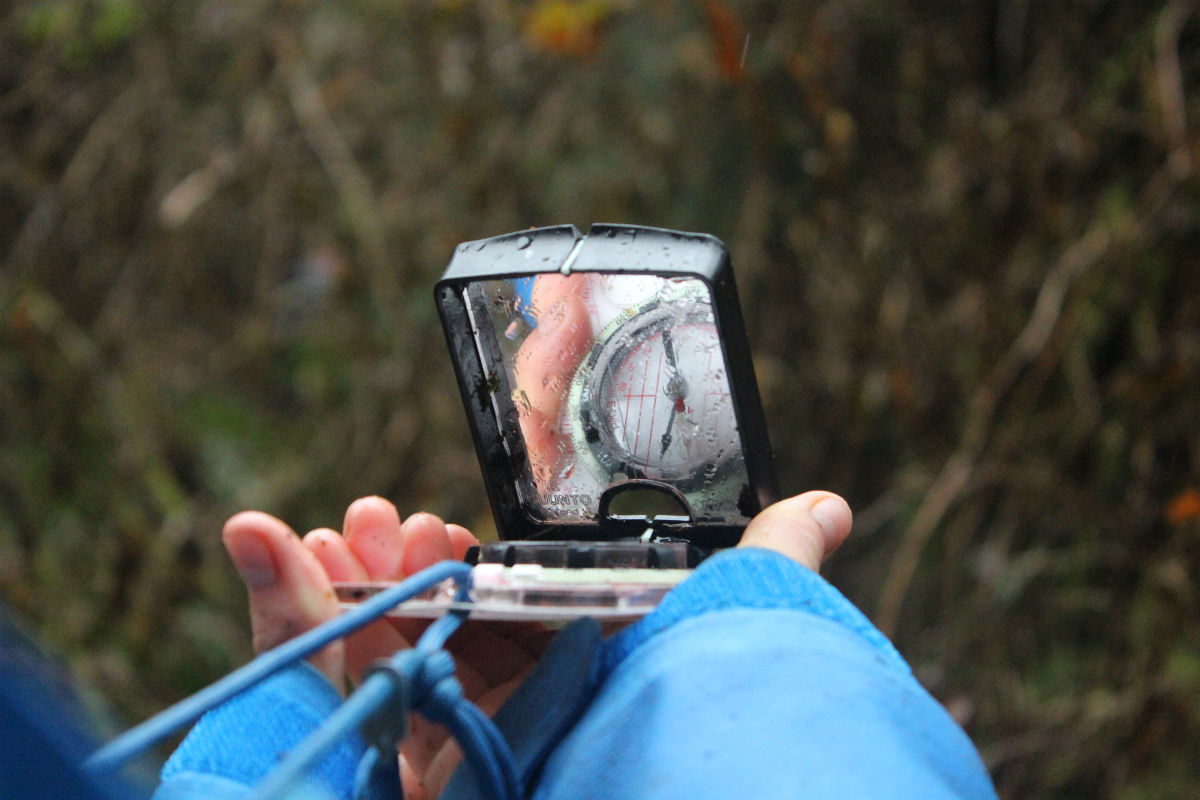 A trainee checks their bearing during Course I (2016). Trainees must complete a series of navigation problems, of increasing difficulty at Course I.

ESAR's successful performance and reputation are a reflection of the organization's commitment to training. Prospective members must complete a series of rigorous training courses in order to become field-qualified. Since the beginning, basic outdoor training has occurred in the Camp Edward area. Trainees are taught wilderness navigation and survival skills, search theory and methods, and most importantly, evaluated for their ability to effectively work as part of a team.

The training program content has largely remained consistent over the years. Course II has always been the most challenging component. Perhaps the only marked change, early Course III's included a hike to Echo Lake with a compass run for accuracy at the end. Today Course III operates as a simulated search scenario, involving multiple units, and exposing trainees to various real-world situations in order to prepare them for conditions and activities they will experience on an actual mission. Additionally, continued training requirements have been established to maintain perishable skills such as first aid, helicopter safety, and crime scene preservation. 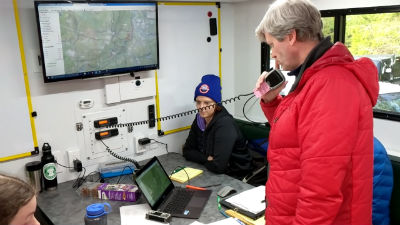 There was a time when ESAR members had to communicate with field teams over borrowed police walkie-talkies and citizens' band radios. In 1973 we were licensed on low-band radio frequencies (47 MHz), but today we communicate on VHF frequencies (155 MHz). Over the years, the performance of the radios and battery life has improved even while they have become lighter and more compact.

Since the late 1990's, portable GPS units have made a similar progression of performance improvement and weight reduction. Today when responding to missions ESAR teams typically carry at least one GPS unit to enhance navigation and enable communication of precise coordinates, elevation, and other mission critical information. In 2016 the unit began testing equipment that enables real-time tracking of teams from the command post. The tracking capabilities of these systems produce reliable data that can be used for planning on the current mission, or for historical analysis in support of future missions. In 2017 tracking data was crucial to the planning and operations of a missing person search that took place over 7 operational periods near Goldmeyer hot springs.

Technology has also crept into other less obvious places. Wool is still an excellent choice for versatility and functionality, however advanced textiles such as Gore-Tex, polypropylene, and other synthetic blends have revolutionized the contents of our packs. From our helmets to our boots, technology continues to evolve the way we prepare and respond.

As the first Explorer Search and Rescue organization, we often found ourselves literally writing the book on the topic. Here are some manuals and other documents we've found sitting on our bookshelf: